28 Jul Here’s How Quickly The Heat Can Dehydrate You

“If there is magic on this planet, it is contained in water.”

This summer is a scorching one. The western half of the U.S. continues to be gripped by extreme heat. Millions are under heat alerts, mussels and clams are cooking in the ocean, and wildfires are erupting.

It’s not so cool back East either. June had Easterners sweltering in hot, humid air, with some areas recording temperatures in the high 90s for days in a row. Heat waves are no joke, and some hospitals are gearing up for a surge in dehydration and heat-illness-related calls.

The key to staving off dehydration — a dangerous loss of body fluids often triggered by exposure to heat — is to replenish your fluids frequently, every hour or so. Your best bet is a sports drink that contains all those good electrolytes like sodium that we lose through our sweat. Sometimes, however, it’s just too hot out for our bodies to cool off and stay hydrated. So in areas experiencing extreme heat, you’ll want to stay in a cool place and avoid the heat as much as you can.

The body is made up of around 60% water, which we’re always losing a bit of when we breathe or sweat. The heat amplifies this process, and if we don’t replenish our fluids or get to cool air, the body doesn’t have a chance to compensate for that loss and dehydration can strike, said David Della-Giustina, a Yale Medicine emergency medicine physician and director of the school’s wilderness medicine fellowship program.

As the body starts to sweat, the heart rate goes up and blood is pushed to the skin to dissipate some of the heat. In this effort to cool off, we ultimately wind up creating more heat in the body.

“As you get hotter, you can sweat more profusely and then you start losing fluids and electrolytes through your sweat, and if you don’t drink enough or you’re sweating more than you’re drinking, you can start to get dehydrated,” said Teresa Murray Amato, the chair of emergency medicine at Long Island Jewish Forest Hills in New York.

When dehydration sets in, a person starts to feel thirsty. Their mouth and lips feel dry and they become nauseated. Some feel lightheaded or develop a headache. Urine becomes darker in color.

If it’s super hot out, you also run the risk of developing a heat-related illness. Dehydration and conditions like heat cramping, heat exhaustion and heat stroke don’t always occur simultaneously, but they often do.

With heat exhaustion, the body loses its ability to stay cool because it’s just too hot out, according to Della-Giustina. When this happens, the heart beats faster, blood pressure drops, and some people experience altered mental status. As people become more injured by the heat, they generally aren’t taking in as much liquid, fueling dehydration. 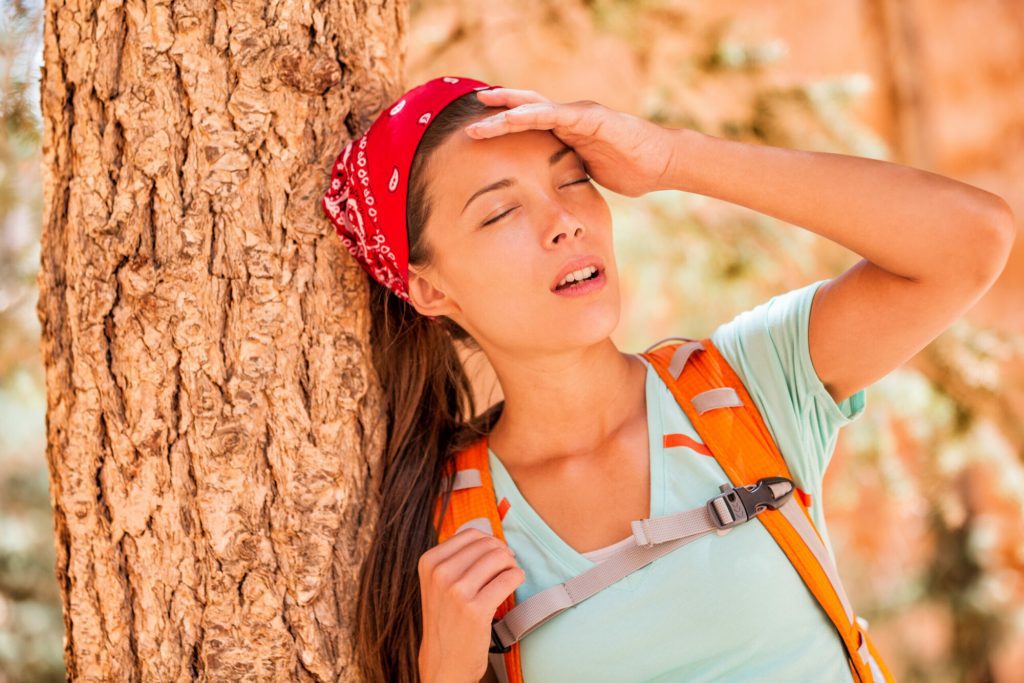 How quickly can you become dehydrated?

Those most at risk for becoming dehydrated include people who do outside activities (think exercising, yardwork and construction). They can become dehydrated in a matter of hours, according to Della-Giustina. Sometimes, it can happen in as fast as 30 minutes.

People “can lose a liter or two of water in a period of an hour or two if they don’t replace it,” Della-Giustina said. If you’re sitting in a hot apartment, it’ll take a little longer (over the course of several hours at least) to become dehydrated since you’re not actively exerting yourself and sweating excessively.

Ultimately, it really depends on your situation and what you’re doing. If you don’t eat and drink enough during a heat wave, your road to dehydration is going to be speedier. People who are either really young or elderly also tend to be more at risk for dehydration since their bodies have a harder time cooling off. Plus, many older people take medications that make them more prone to dehydration.

The temperature and humidity play a role, too. The body cools off by the evaporation of our sweat, so on a “humid, hot day, no matter how much you’re sweating, you can’t get sweat to evaporate and therefore cool your body,” Amato said.

Here’s how to fend off dehydration in hot weather

When it’s super hot out, stay out of the heat as much as possible. Drink fluids on a regular basis (every hour or so). According to Della-Giustina, you don’t actually need to drink six to eight glasses of water a day. Fluid needs vary from person to person, so use your urine as a guide. You want your urine to be clear — if it’s getting darker, you’re getting dehydrated.

“Once you get to the point where you’re feeling thirsty, you’re already down 1%-2% of your body water, which is really significant, and it gets really hard to catch up,” Della-Giustina said.

There are also a handful of medications that can predispose someone to heat illness and dehydration — so talk to your doctor and be careful when taking antihistamines, NSAIDs like ibuprofen, and diuretics during a heat wave. 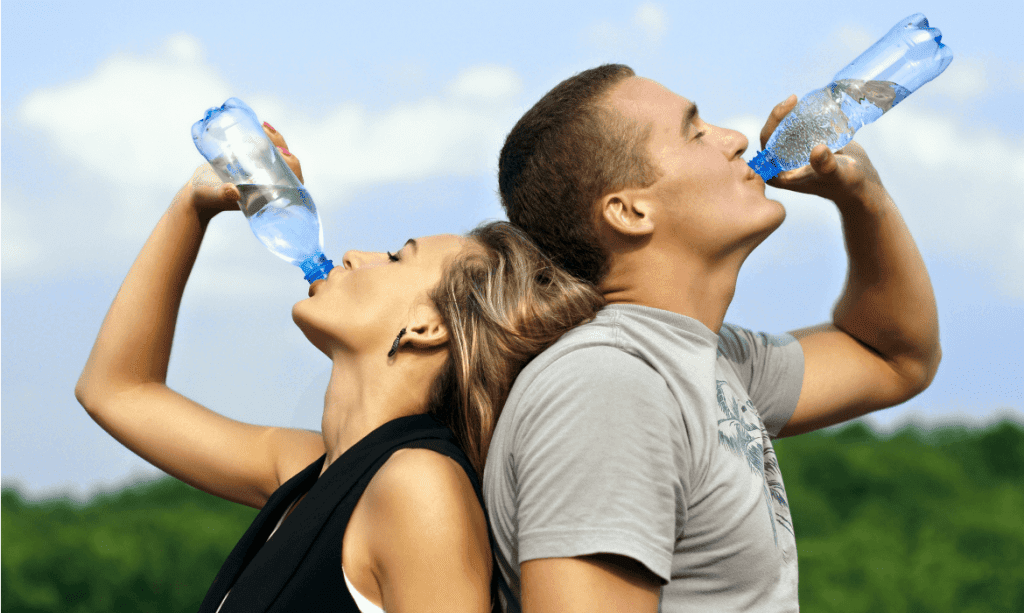 Interestingly, pure water is not your best bet. When we sweat, we lose electrolytes, so you really need to replenish sugar and sodium levels in your body.

“If you’re rehydrating strictly with water and not replacing those electrolytes, you actually aren’t helping yourself,” Amato said.

Sports drinks are your best option, Della-Giustina added. (Tip: Avoid diet sports drinks, because you really need that sugar to help your stomach absorb water. And if your sports drink contains too much sugar, dilute it with some water.) A cheaper alternative is to mix half a teaspoon of salt and six teaspoons of sugar in a one liter cup of water.

Your symptoms should start improving within 15 to 30 minutes. If they worsen, it might be time to visit a hospital or urgent care. Heat is one of the top causes of dehydration. Left untreated, dehydration can turn life-threatening — so drink before you’re thirsty, stay out of the sun, and if you do brave the heat, bring along a sports drink.