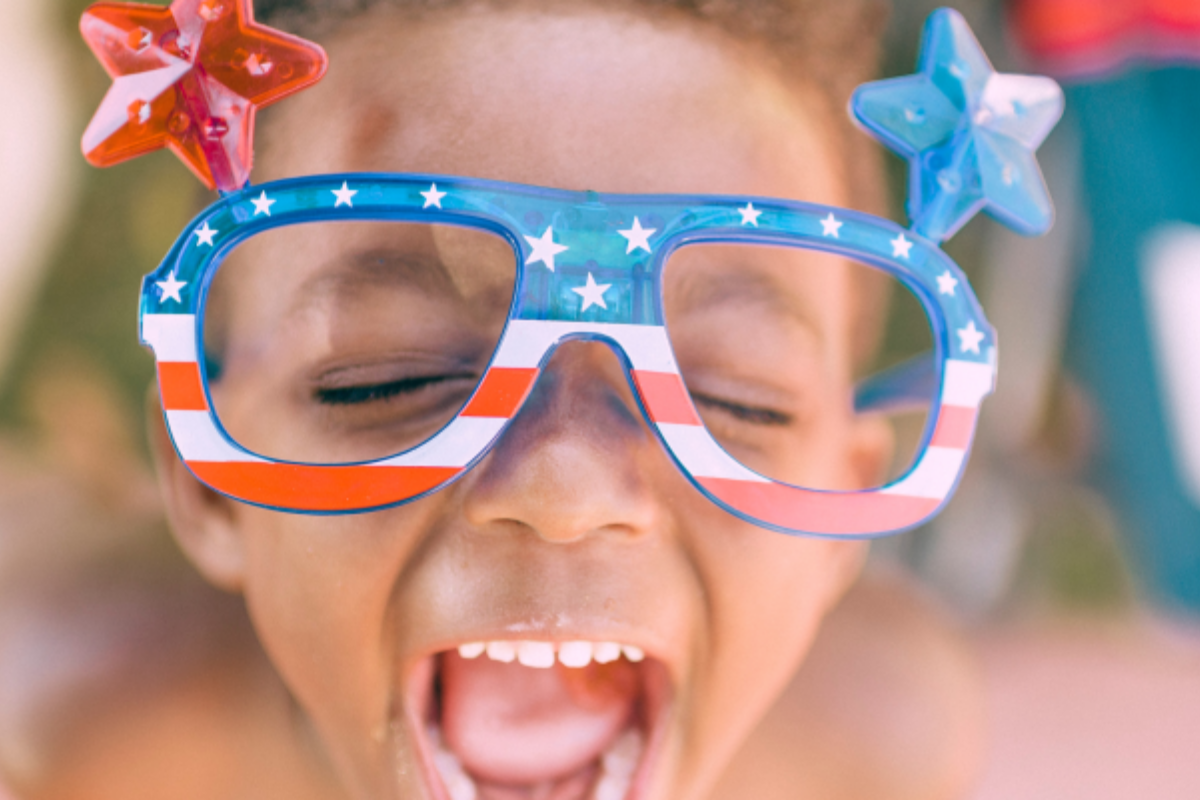 “The way to see by faith is shut the eye of reason.”

Every country has its own special day set aside for a little self-love. And obviously the United States is no different. But when it comes to what we do to celebrate our great nation every summer on the Fourth of July—whether it’s chowing down on hot dogs by the dozen, shooting off explosive fireworks into the night sky, or giving hilariously over-patriotic shout-outs to our founding fathers—that’s when we start behaving very, very differently. Those outside of the U.S. tend to look at our July 4th celebrations with either curiosity or horror (or both). With that in mind, here are 20 traditions that are all but guaranteed to confuse non-Americans.

Specifically Nathan’s. Though some of its greatest competitors—like Takeru Kobayashi, who once ate 110 hot dogs in 10 minutes at the New York State Fair—hail from as far away as Japan, when it comes to bizarre Fourth of July competitions, the mother of them all is the Nathan’s Hot Dog Eating Contest. It combines so many classic Americanisms: food, breakneck competition, short time commitments (it’s just 10 minutes long), food, and more food.

In a number of cities throughout the United States, crowds of seaside communities gather shoreside or lakeside for a great American tradition: a boat parade. Rather than floats, participants decorate their motorboats or yachts with red, white, and blue lights and cruise through the water in a procession while music plays.

From Napa Valley to Newport Beach, California; Avalon, New Jersey; to Murrells Inlet, South Carolina, locals everywhere love to gather around and watch boats, lit up or elaborately decorated, unfailingly accompanied by some of the cheesiest music you’ve ever heard. The flags fly and families hang out, enjoying the innocent fun.

Americans love to show off how much we love our water guns, especially at July Fourth celebrations. Kids don’t just squirt each other with innocent water pistols, they blast each other with 55 ounces of ammunition from their Soakzooka and commit drive-by dousings with Cyclone Bike Water Blasters. In the United States, water fights mean all-out war.

During the Fourth of July, Americans wear their patriotism on their sleeves—and everywhere else (despite the fact that it’s technically prohibited by U.S. Code). But that’s not necessarily the norm elsewhere.

“I was surprised to see that the U.S. flag is displayed in schools, on rooftops of houses, et cetera,” Quora user Aniruddh Chaturvedi, originally from India, wrote about his early impressions of the country. “India has very strict rules governing the display and use of the national flag.”

While many Europeans might head to the park or have a modest gathering in their home, Americans often host big bashes in their massive backyards. “I see American houses on TV and am amazed by how they have all these massive detached houses,” wrote a British Redditor “I thought the people living there were rich or something, but I eventually picked up enough context to know that this was a standard suburban house.” This is especially true around the Fourth of July, when Americans get excuses to show off their mini-mansions in a major way.

One of the freedoms we like to celebrate on the Fourth is the freedom to eat as much as we like. Summer barbecues in our mini mansions are filled with massive slabs of steak, triple cheeseburgers, and spacious grills covered with dozens of dogs—the fact that no one will be able to finish all of the food that’s getting cooked up is beside the point… and true to the American stereotype. And what is our favorite spread? American Cheese! A standard topping Americans will toss on their burger during Independence Day celebrating is that beloved square of American cheese. It pretends to be cheddar cheese, but is a pasteurized—and, some might say, watered down and over-processed—version of it. In Canada, they don’t have American Cheese. They have ‘Kraft processed singles.’

Go to any Fourth of July gathering and you can expect to be visually assaulted by America’s patriotic colors. From T-shirts to novelty glasses to full linen suits, we love to make fashion statements when celebrating our country.

Americans have a reputation for throwing open the doors to their gatherings and eagerly welcoming anyone who cares to join. For Fourth of July, that’s doubly true, as hosts in the United States are often fine with welcoming friends of friends and friends of friends of friends. Americans are extremely friendly, almost to an uncomfortable degree for some. BUT Why celebrate in the comfort of your backyard or in a lush park when you can party in a parking lot? Americans love tailgating, setting up a pseudo campsite outside our trucks and creating a party on the asphalt, complete with enough gear and food to sustain an army for a week. Good luck spotting a bash like that in suburban Bournemouth!

This tradition may not be as widespread as fireworks or barbecues, but it is baffling enough to have gained a reputation for seriously confusing outsiders. The Lobster Races at MDI YMCA is an annual event in the city of Bar Harbor, Maine, in which a handful of crustaceans (many sponsored by local businesses) race against one another, in multiple heats throughout the day. Visitors put $1 bets on the lobster of their choice and cheer for their favorite to be the one to slowly make it across the finish line first. Lobster racing, folks! Its a thing.

Every country has its history-makers and celebrated founders, but Americans take our love of our own bewigged declarers of independence to a much higher level. Figures like George Washington and Thomas Jefferson don’t just grace our currency, they grace hilariously over-patriotic tank tops worn on the Fourth, often with sayings like, “America: Back-to-Back World War Champs!” After all, how many other countries have massive hit hip-hop musicals about their founders?

Around the Fourth of July, you’ll hear Americans hold court on “freedom” and “liberty”—and that’s not just anecdotal. In a recent survey, the Pew Research Center found that “Americans tend to prioritize individual liberty, while Europeans tend to value the role of the state to ensure no one in society is in need.” 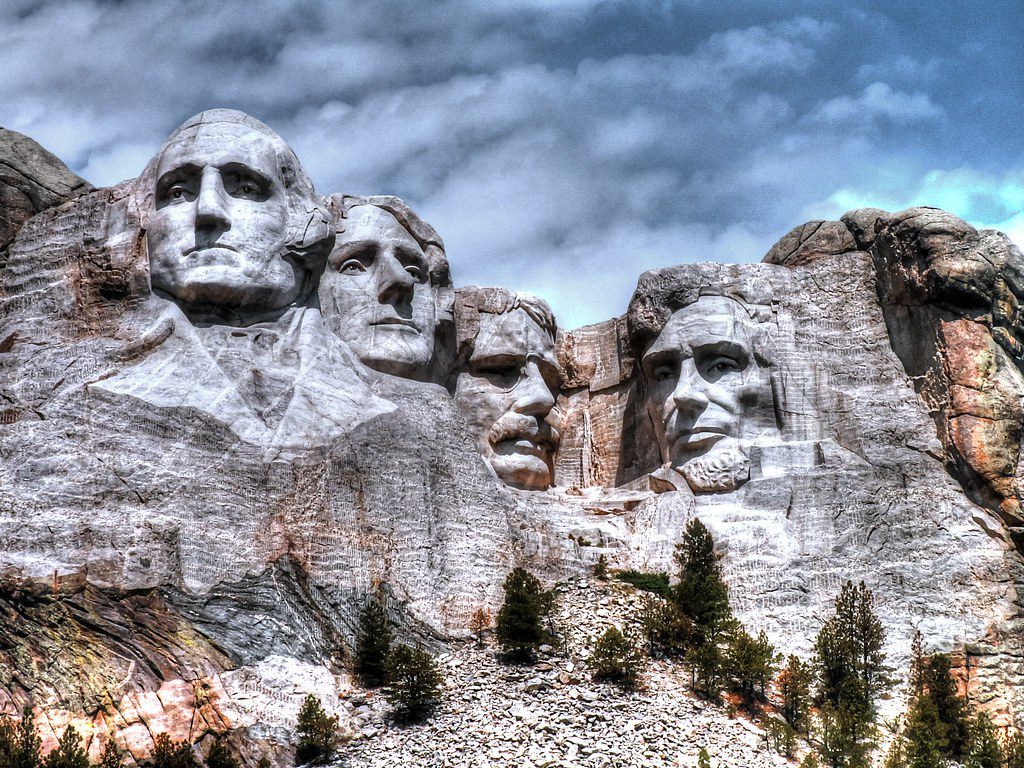