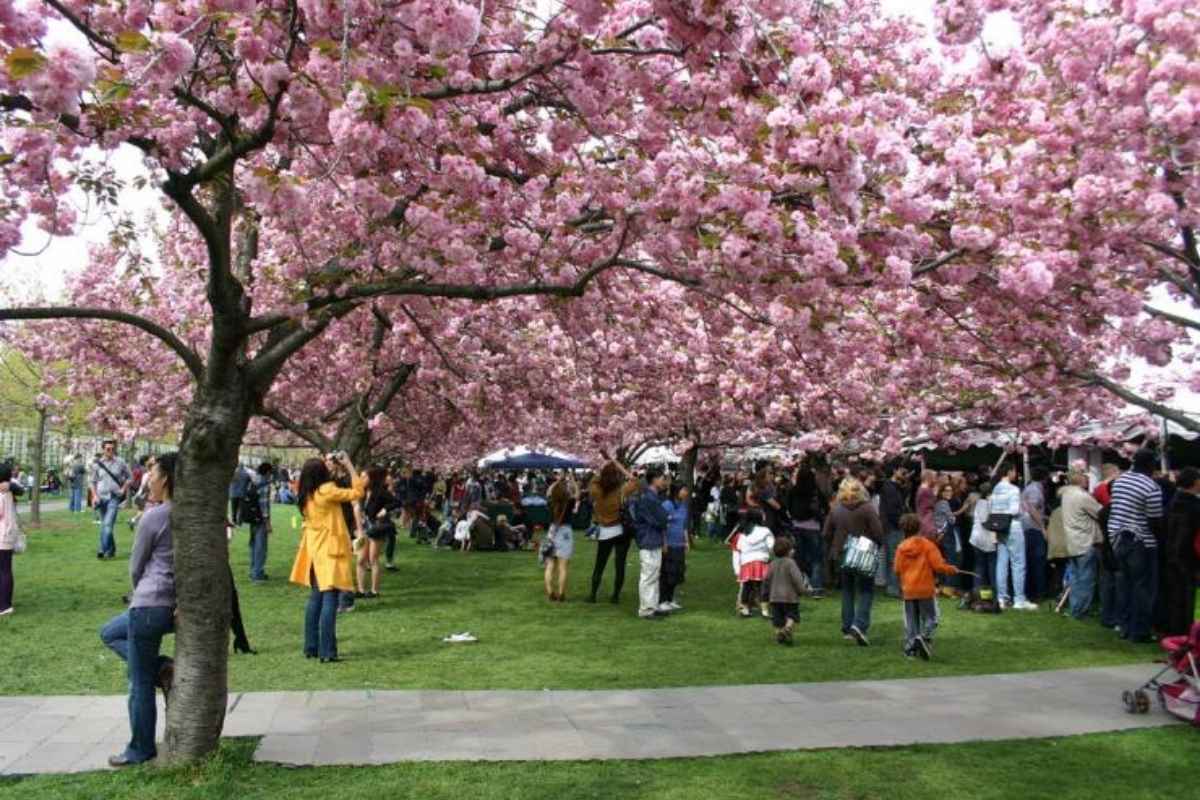 Are we to look at cherry blossoms only in full bloom, the moon only when it is cloudless? To long for the moon while looking on the rain, to lower the blinds and be unaware of the passing of the spring – these are even more deeply moving. Branches about to blossom or gardens strewn with flowers are worthier of our admiration.

Timed to coincide with the springtime blossoming of delicate cherry trees, the Northern California Cherry Blossom Festival is a long-standing city favourite that showcases both Japanese culture and the region’s Japanese-American community. The festival, first launched in 1968, takes place annually over two weekends in April, with food stands, cultural performances, martial arts and live bands stretching out along Post St between Laguna St and Fillmore St.

Most of the activities, including the Queen Program and the Grand Parade, are centred around the city’s Japantown district (the festival’s website has a downloadable map). Choose from workshops and demonstrations in tea ceremonies, ikebana (flower arranging), bonsai (tree dwarfing), origami and doll-making. Watch dancers, and listen to traditional Japanese music and instruments, including koto (harp-like instruments), shakuhachi (bamboo flutes), and shamisen. There will be a taiko drum festival within the festival, as well as East-meets-West pop culture areas celebrating anime, J-Pop and gaming.

The parade, which acts as the festival’s finale, starts at the Civic Center and heads up Polk St to Post St, ending at the intersection of Post and Fillmore Streets.

This time of year is, of course, a good time just to see the city’s blossoming cherry trees—which, in Japanese culture, symbolise both the beauty and fragility of life. You can see a lot of them around the Japanese Tea Garden in Golden Gate Park.

Insider tip: it’s recommended that visitors use public transport—MUNI has bus stops just streets away—or car shares to get to the festival, as parking is limited.