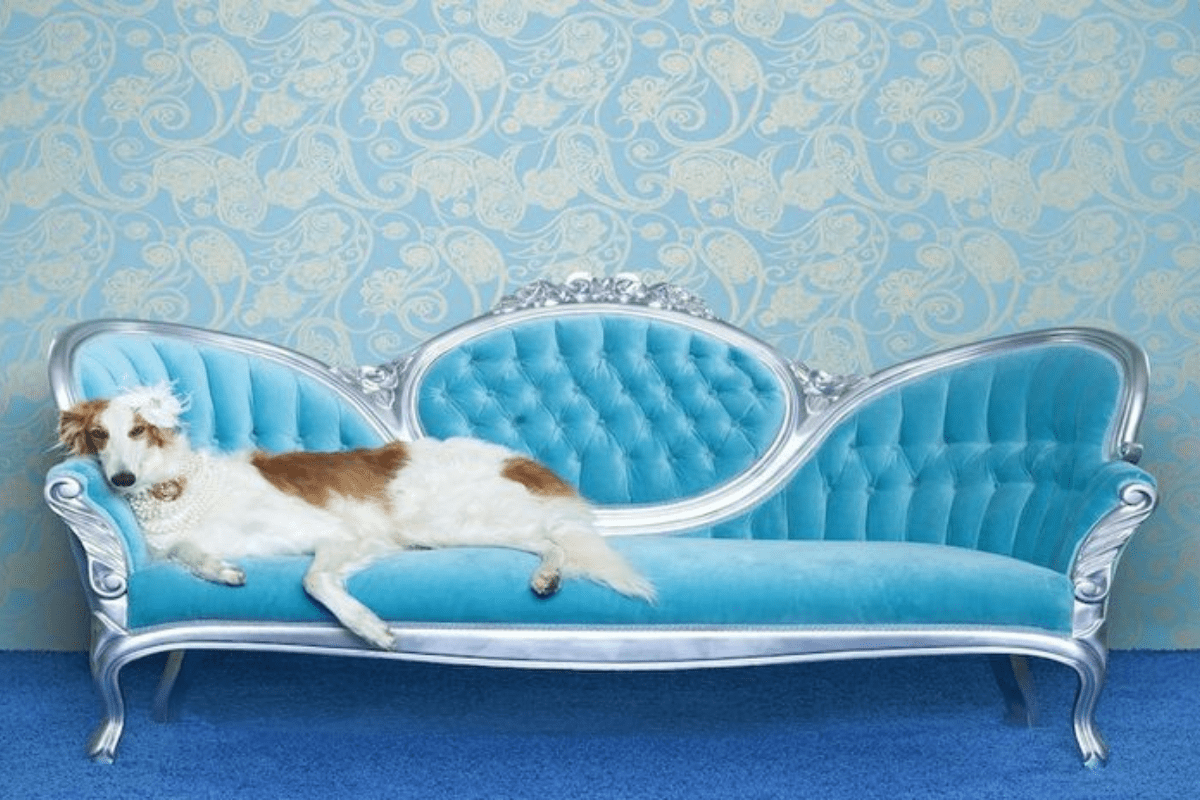 “Crois en toi… Believe in yourself”

Sure, you know what a bureau is. And armoire is an easy one, too. But other French furniture terms that get tossed around might leave you wishing you’d paid more attention in high school. Don’t worry—this isn’t a test, and it’s not meant to be some snooty commentary on your decor choices either. Instead, it’s a short refresher course on some words that might be vaguely familiar.

“Many people are surprised to learn that French and Latin words make up 58% of our vocabulary today—and French alone is responsible for 29% of the English we speak,” explains Darla DeMorrow, a home decor expert at HeartWork Organizing. And of course, French fashion and art have dominated history for centuries, so it’s no surprise that a little Francaise has made its way into home decor and furniture names, she adds.

For a quick primer from the old country, here are French terms and their examples so the next time you’re shopping for a tres chic piece, you can simply point and say voila!

This term refers to a backless bookcase designed to display pretty trinkets.

“Because of its construction, an étagère is usually lighter and appears to take up less space than a similarly sized bookcase,” explains Anna Shiwlall, owner of the interior design firm 27 Diamonds.

Étage is French for “shelf,” and this one is useful in a home office, master bathroom, or living room, especially if you’re trying to showcase the wallpaper behind it, she adds.

Yup, it’s just a desk whose name comes from the French word “to write.” This spot for penning letters and paying bills was once a portable piece and would often include flaps to contain small compartments.

Bergère actually means shepherdess, but the furniture piece is a comfortable upholstered chair that was popular in the 18th century.

“It features a thick seat cushion, exposed frames constructed from wood, and armrests that have closed sides,” says DeMorrow.

A bergère chair is right at home in a bedroom or living room, and fits in nicely with traditional and formal decor.

Curvy and compact, a demi-lune, or half-moon, table is a common sight in hallways and foyers. And this piece is ideal in tight spaces, as it fits close to the wall and doesn’t sport corners to snag your sweater or bump your thigh when you’re walking past. 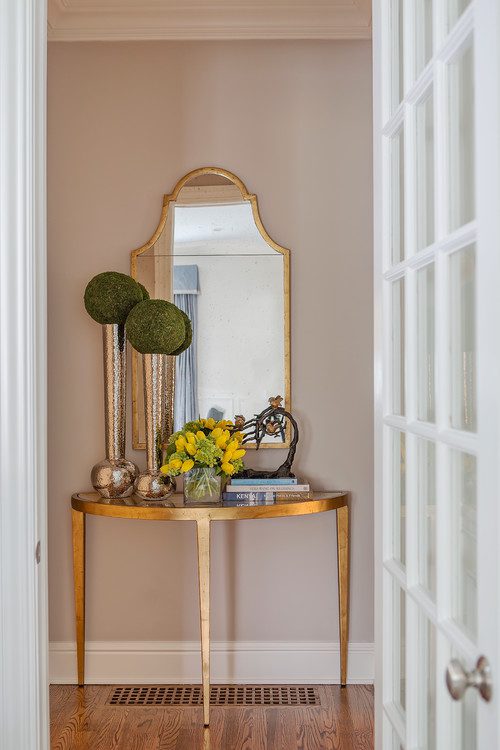 Divan, which has both French and Turkish roots, is what your granny probably called her sofa, says DeMorrow. Today, though, it often means a long, low-slung couch without a back.

“You’ll see this piece placed against a wall or bed with rolled arms or curved pillows on one or both ends, and it looks great in front of a fireplace, as it provides extra seating without fully obstructing the view,” DeMorrow adds.

If you squint, you can probably make out the translation here (“long couch”), but is it chaise longue or lounge?

“Americans kind of mangle this pronunciation, but most agree it’s a chair with an extended seat,” says DeMorrow.

This slender piece may have one raised side and a partial back and is sometimes referred to as a “fainting couch.” Look for chaise lounges in feminine dressing rooms and bedrooms.

Ballet fans know that a cabriole is a type of leap, but in the decor world, this term refers to table or chair legs with two curves: one that juts out like knees in the middle, and a second that curves out toward the bottom like feet. (Cabriole in French means “to caper.”) Lots of antiques and reproductions in the style of Chippendale and Queen Anne feature this S-shaped leg.

This one is slightly different in that it’s not a piece of furniture. Instead, it’s a technique that can be applied to furniture, walls, ceilings, and various decorative items. The phrase means to “fool the eye,” and it’s a way of painting an object so that it looks like the real deal.

This ancient art was popular in Greek and Roman times, though it really gained traction in the early 19th century. Examples can include a surface painted to look like marble or wood paneling, or a mural that appears to be a wall of bookcases.

Bucolic farm life, couples having a picnic, wild bursts of flowers. If you spy any of these detailed designs on wallpaper, drapes, upholstery, or table linens, you’re looking at toile. (The term means “linen cloth” or “canvas” in French.) Toile may seem old-fashioned in the home, but it’s a classic that’s endured since the 18th century, and it’ll probably never go out of style. 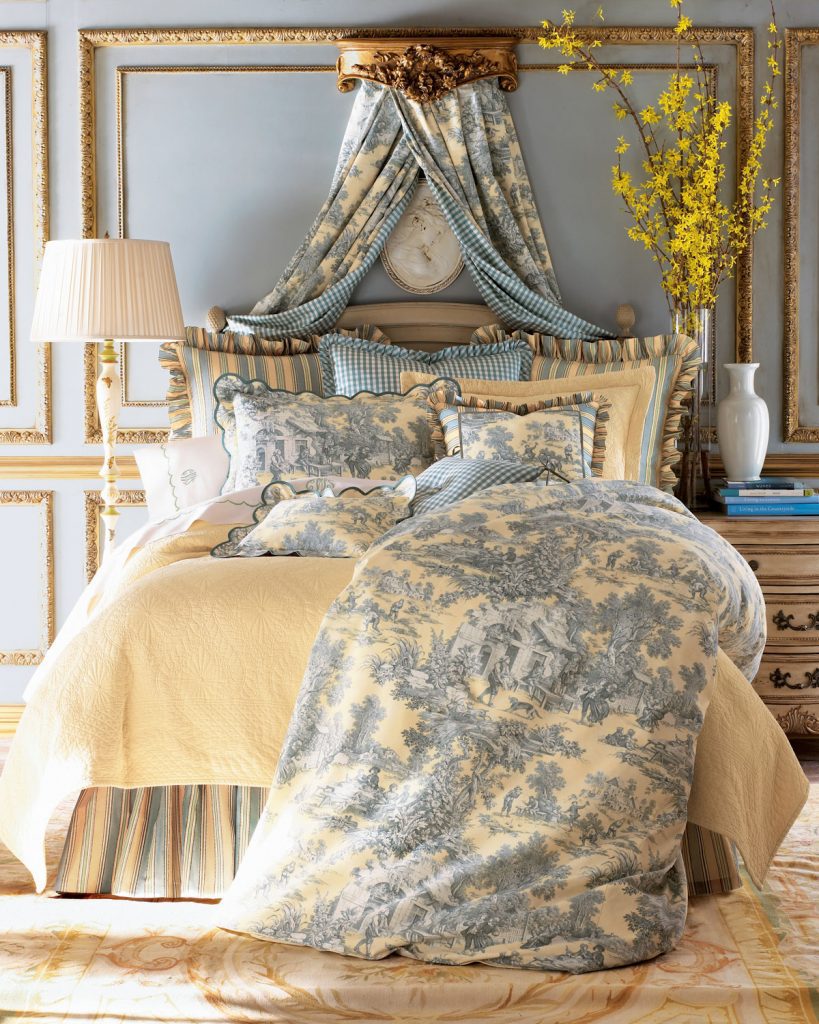