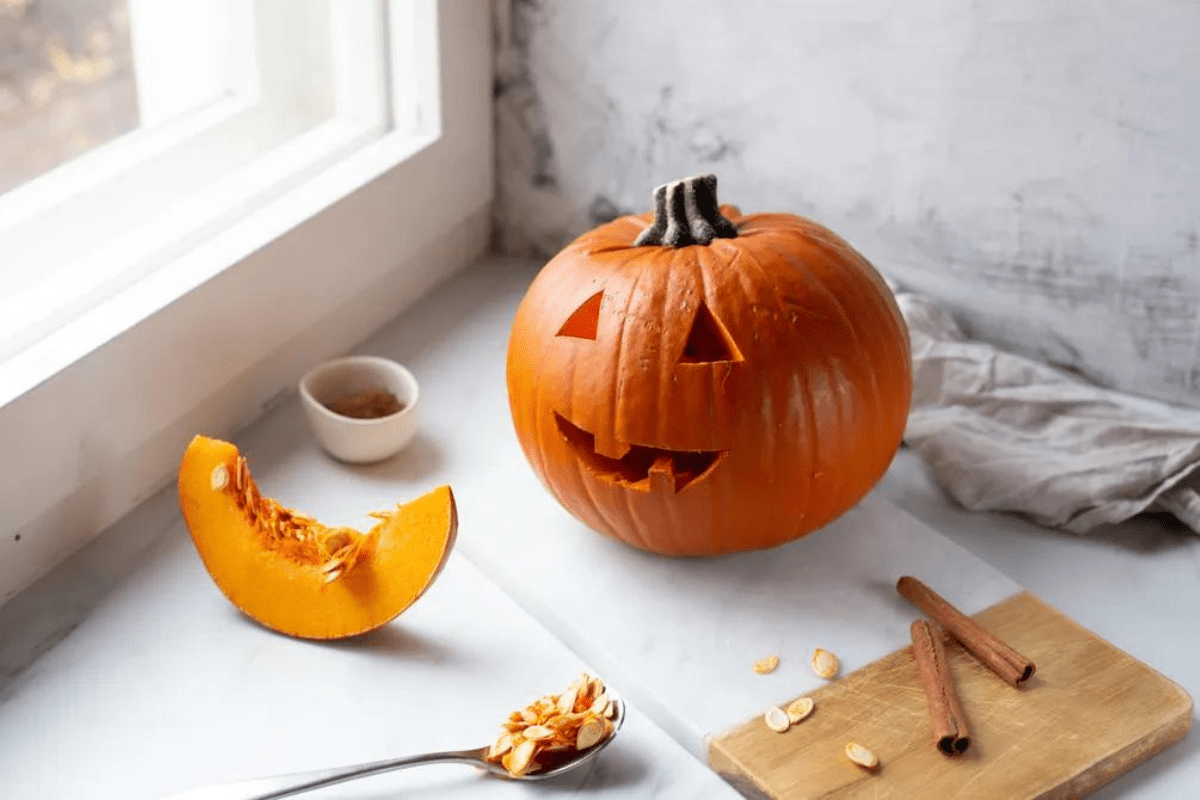 20 Oct Why We Carve Pumpkins

“What do you get when you drop a pumpkin?…”

It’s that time of year again! You know, the one where we lop the heads off of unsuspecting gourds, to then scoop out their guts and chisel evil patterns into their flesh. Spooky, right?

But where does this rather odd tradition come from? Well, let’s start with Halloween itself, first. You’ll likely be unsurprised to learn that Halloween, like many American holidays, was once a religious observance that became secular over the years (about a thousand years, actually). Halloween can be traced back to the Celtic festival of Samhain, which was celebrated on November 1st. On the day of Samhain, people believed that the souls of the dead returned to their homes, so they’d dress in costumes and light fires to ward off evil spirits.

Later, in the 8th century, Pope Gregory III moved All Saints Day to November 1st (likely as a Christian substitute for the pagan holiday), and the day before became known as “All Hallows Eve,” or, Halloween of course. The holiday spread from Ireland and the UK to France and even the new American colonies, picking up practices and traditions along the way. One of these came from the Irish and Scottish custom of “guising,” in which a person dressed in a costume would do some kind of trick in exchange for a treat… we bet you can guess what the modern version is.

Another custom added to the mix? Carving pumpkins, of course.

The first Jack-o’-Lantern wasn’t actually a pumpkin at all—he was a man named Stingy Jack who invited the Devil out for a drink and then conned him into paying for it. (Have to say, the Devil should have known better.) Emboldened, perhaps, by the Devil’s fury—we can only speculate about the myriad why’s in this legend—Jack cons the Devil yet again, dies, and is promptly banished from both Heaven and Hell with only a burning piece of coal set inside of a carved turnip to guide his way. A turnip!

Jack of the Lantern, the Irish’s first name for this wandering ghoul, eventually became Jack O’Lantern, and 19th-Century Irish and Scottish people started setting out their own turnips, potatoes, and “mangelwurzels” carved with scary faces to ward him away from their homes. Irish immigrants brought the tradition stateside, finding that local pumpkins lent themselves quite well to the task.

Besides teaching a few very good lessons, such as pay for your own drink and do not punk the devil, the story of Stingy Jack might also inspire you to shake up your carving game. 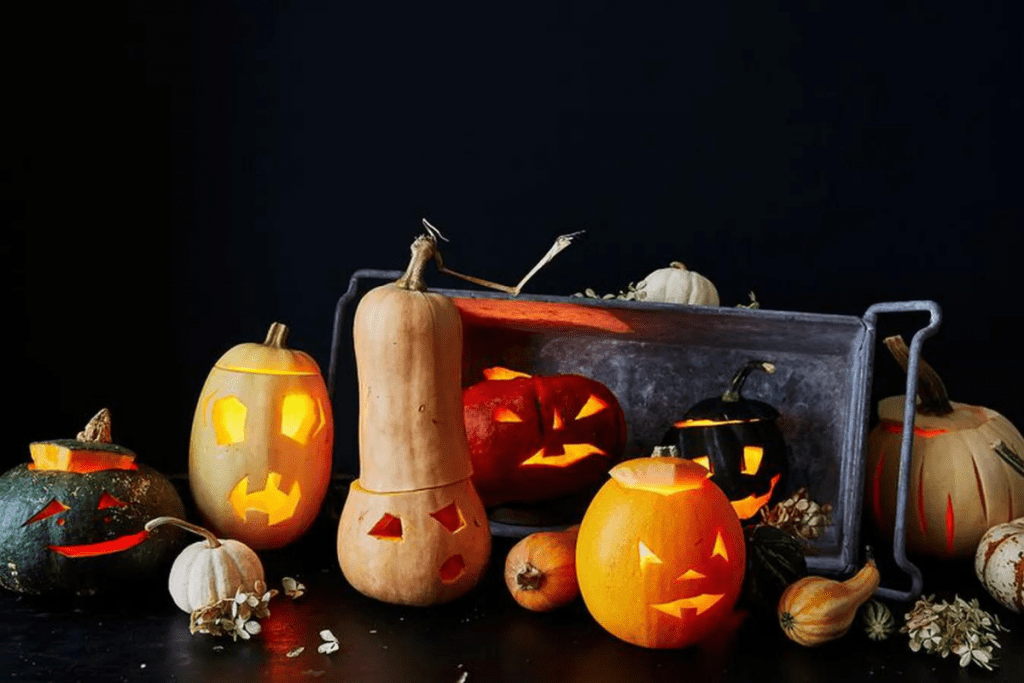