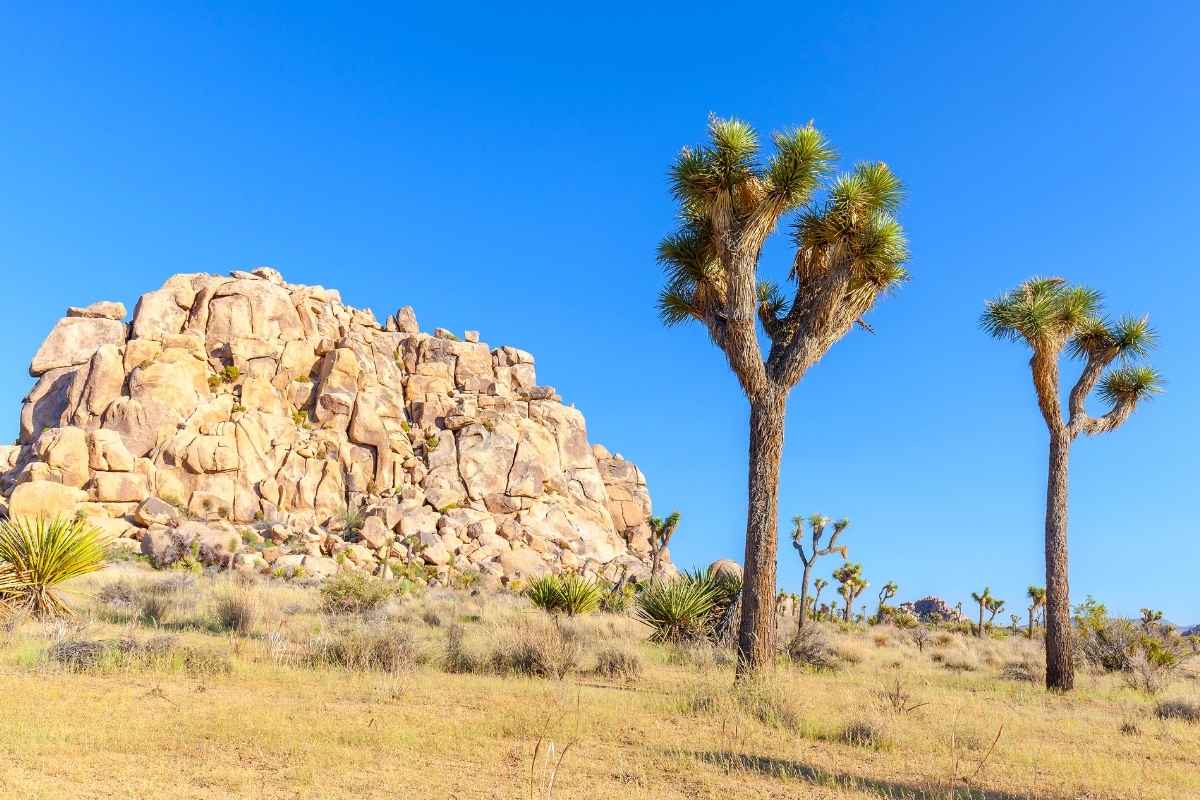 Posted at 20:54h in Home by and@frontporchreport.com

“Why don’t you go on west to California? There’s work there, and it never gets cold. Why, you can reach out anywhere and pick an orange. Why, there’s always some kind of crop to work in. Why don’t you go there?”

– John Steinbeck, ‘The Grapes of Wrath’

California is best known for sunny weather and beautiful beaches, but if you don’t visit the mountains and the deserts in the winter months, you’re doing it wrong!

The Golden State is so much more than just a summer destination. As a California native and enthusiast, I’m here to tell you that these are some of the best things to see and places to visit during the winter! 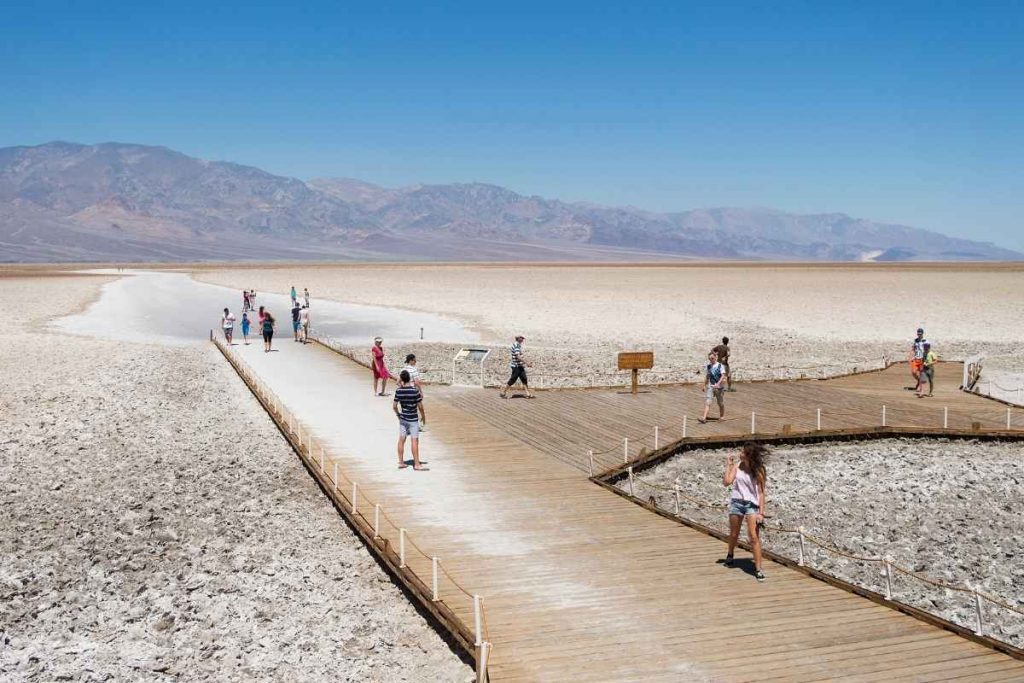 The hottest desert in the world is not the place to be in the middle of July, but it’s absolutely perfect for the winter months, when so much of the rest of the US is under a layer of snow. It’s the ideal time to go hiking in the Golden Canyon, take in a stunning sunset at Zabriskie Point, marvel at the colors of Artists Palette, and if you’re lucky, even see a wildflower bloom in the desert, which can happen from late February onward. Be sure to check out the Badwater Basin as well, a unique geological feature at the lowest point in the US.The stargazing is also incredible, but remember to bundle up, because the temperature swing in the desert from day to night can be extreme, particularly in the winter.

2. Ski in the Sierras 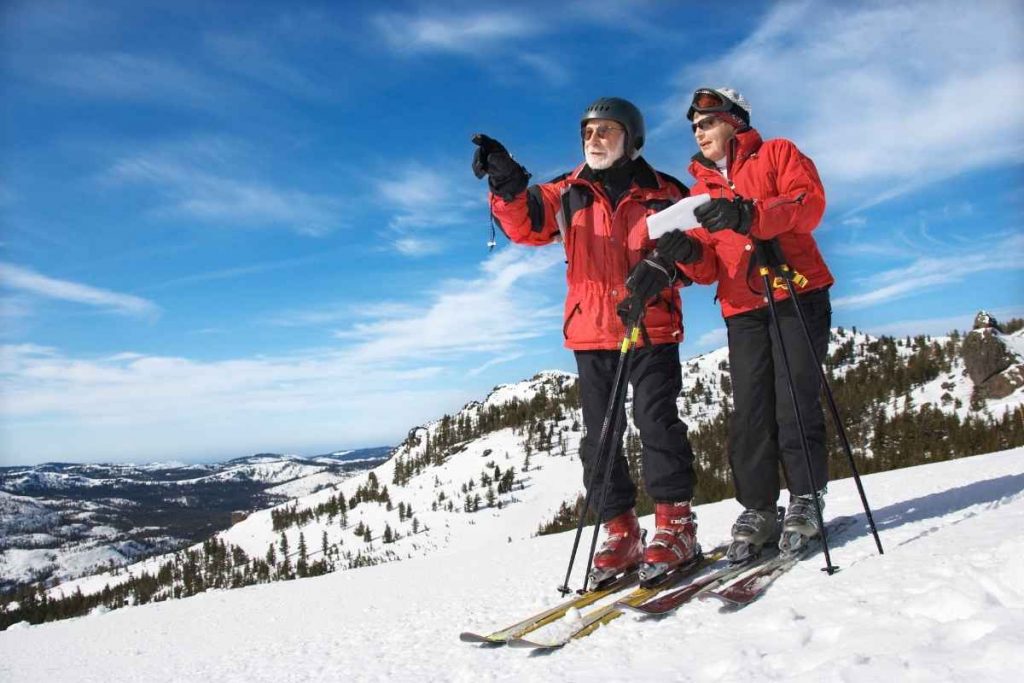 If you’re into skiing, you probably have heard of Lake Tahoe and Mammoth Mountain. Both are world-class ski resorts with incredible powder, depending on the year. This year in particular has been incredibly good for snow!

If you’re not an alpine skier, the mountain areas also have snowshoeing and sometimes skating as well. They are both set in stunning locations, with lots to do nearby as well. Mammoth is close to the next item on this list, along with the Alabama Hills, and Tahoe is a huge area that spans all the way into Nevada, with plentiful snowmobiling and snowshoeing trails. 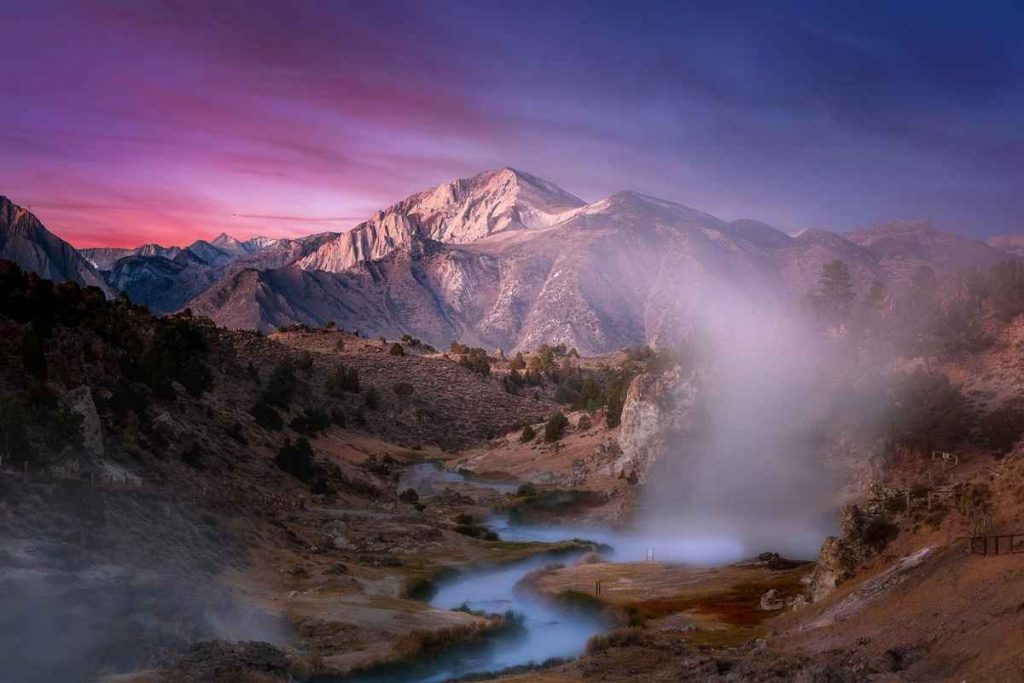 Since we are talking about Mammoth, you’ve got to check out nearby Hot Creek! It’s a hot-spring river that runs through a mountain valley — it’s especially great when the weather is cold and the river is rimmed with snow. I can’t imagine a better way to wind down after a long day of skiing. 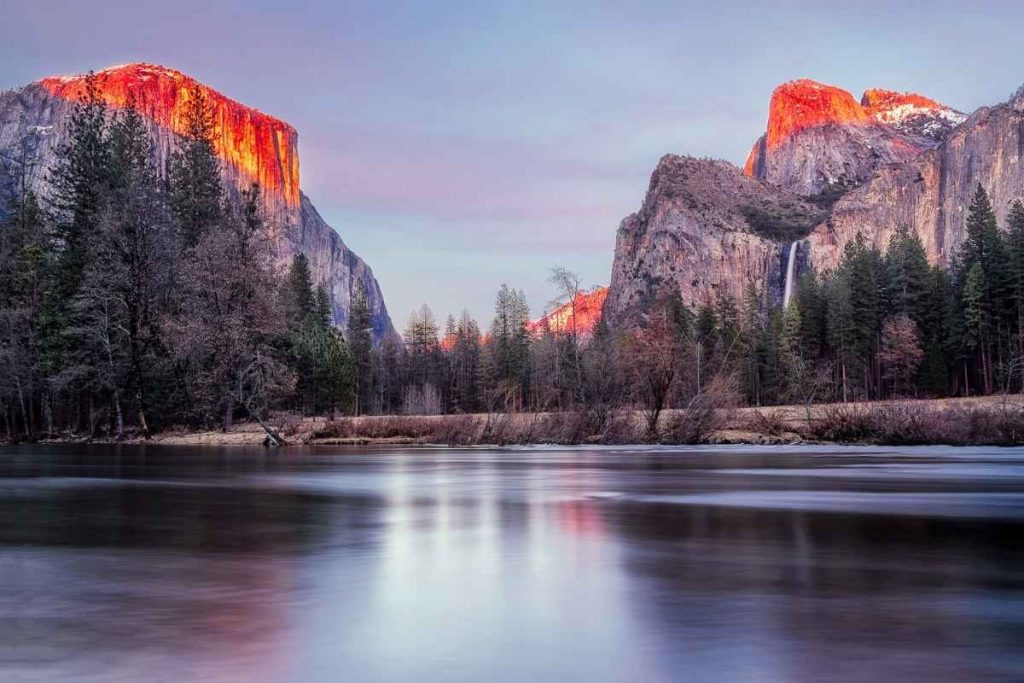 Yosemite turns into a winter wonderland when it snows! Many of the usual trails, like the Bridalveil Fall and Lower Yosemite Fall trails, are still as easily accessible, mainly because they’re flat; other trails, like the road to Glacier Point, turn into fantastic Nordic skiing or snowshoeing opportunities. There’s also snowshoeing to Dewey Point from the Yosemite Ski and Snowboard Area. There’s a free shuttle from the valley, and a snowshoe and ski rental place at the top.

There’s also the phenomenon of Yosemite’s Horsetail Fall, or “the firefall” each February. Otherwise an under-the-radar waterfall, Horsetail lights up due to the angle of the sunset for a period of about two weeks at the end of the month. It can vary depending on the amount of water the fall produces and how cloudy it is, but if you hit it just right, it’s a photographer’s dream. It’s become incredibly popular, with hundreds of people showing up now to take pictures during peak days. 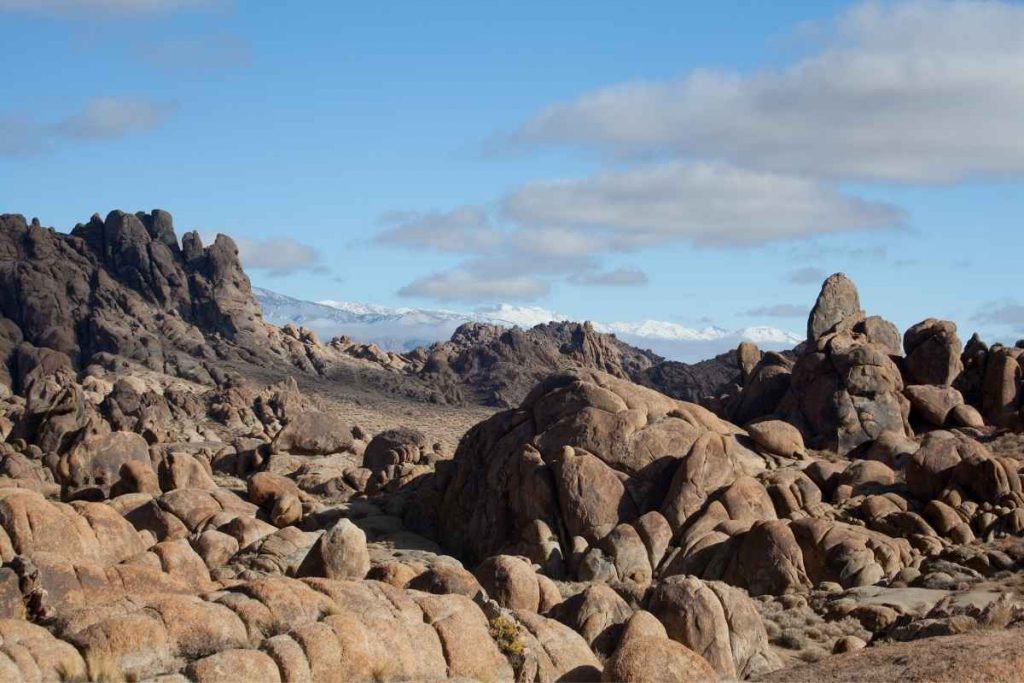 This area is famous for being a setting for old Western movies, as well as many others over the years. Since I’m not a big movie buff, I went because I wanted to see Mount Whitney covered in snow, perfectly framed by the Mobius Arch. The winter is just the right time to head to see snow on the mountains and also enjoy the otherwise hot Alabama Hills. The stargazing out there is incredible, and there’s BLM (Bureau of Land Management, meaning public land) camping everywhere! There are several arches to hike to, including one that’s shaped like a heart. 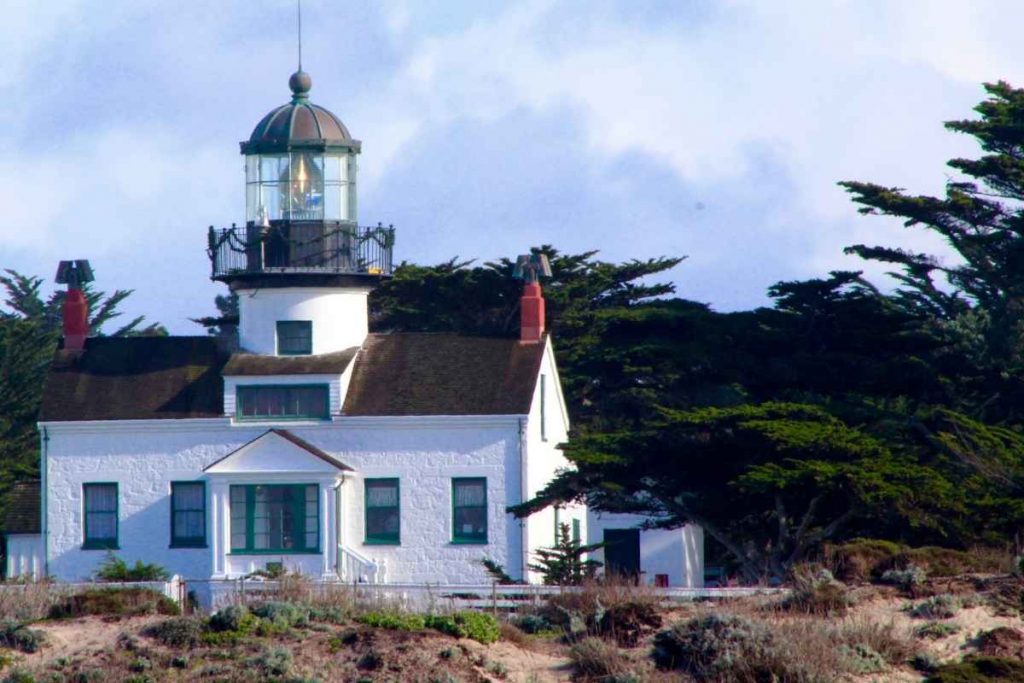 Known as “Butterfly Town,” Pacific Grove receives a huge migration of monarch butterflies each winter. Between November and February, you can see them take off in flight each morning — a stunning sight. For more information, check out the Pacific Grove Museum of Natural History’s Monarch Sanctuary. 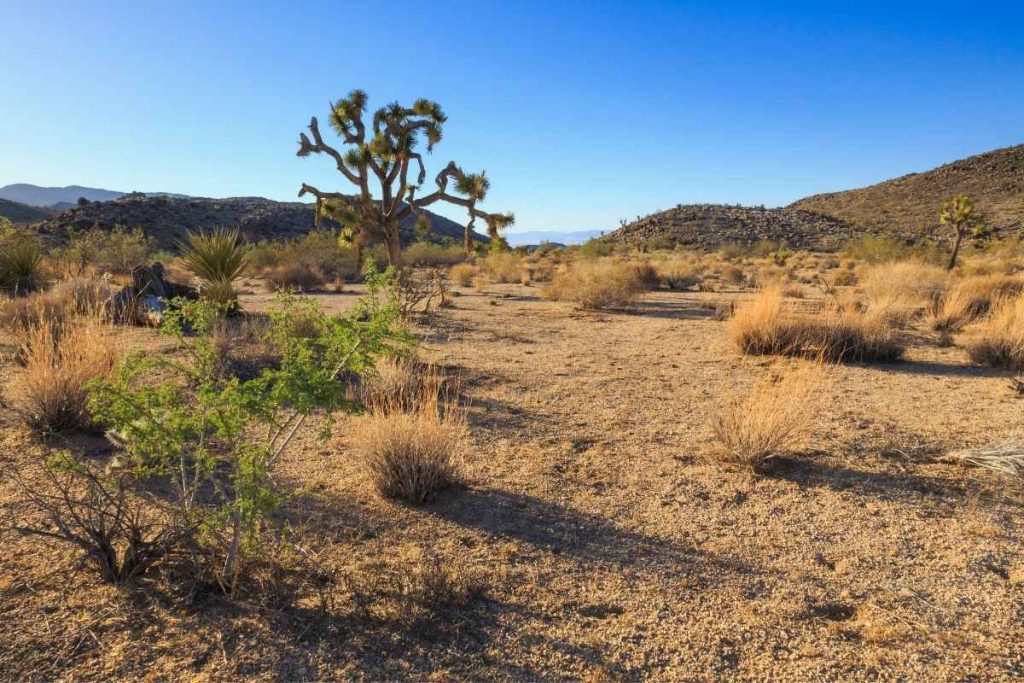 Joshua trees only grow in the high desert of California. These trees, which are actually agaves, are so named because they looked to Mormon settlers like the hands of Joshua reaching up to the heavens.

Like the rest of the California desert, Joshua Tree National Park can get incredibly hot in the summer, but it’s perfect in the winter months for camping out and hiking during the day. It’s a popular bouldering and rock climbing spot as well. Avoid the crowds by steering clear of holiday weekends.

(Deserts actually comprise 25% of the state of California, and all of them are beautiful and unique. 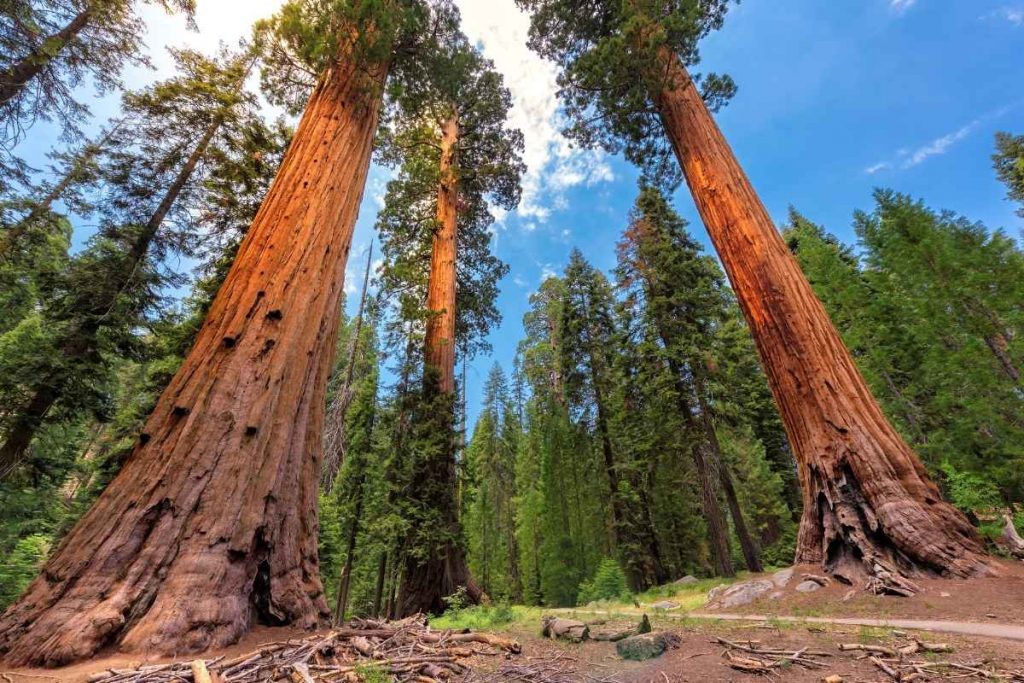 If you think seeing the biggest trees on Earth would be amazing at any time of year, just imagine them with snow! Though Sequoia National Park is not the only place in California that has these incredible trees, it’s where you are more likely to see them with snow. Combine your trip with Yosemite and Kings Canyon and you’ll get the trifecta of some of the best national parks in the US! 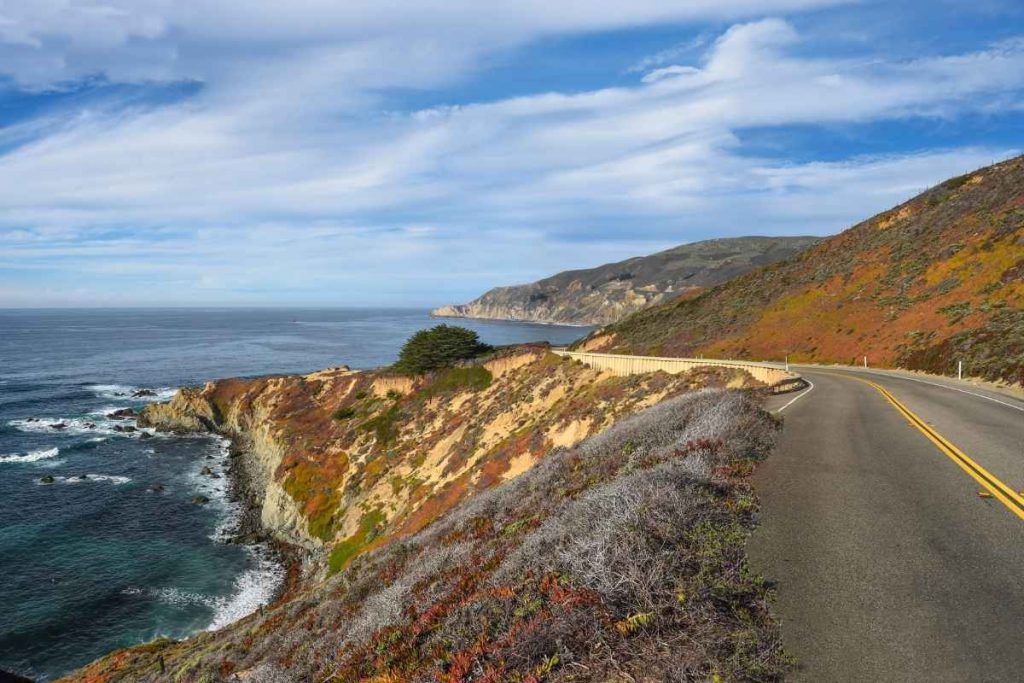 I would normally not recommend the Pacific Coast Highway in the winter months, because you’re much more likely to get marine fog, and the beach is usually better in the summer. That said, having grown up on the southern and central coast, I’m of the opinion that there is no bad time to be on the California coast.

The bonus of going in the winter months is that you will have it mostly to yourself, and reservations at campgrounds and hotels will be much easier to come by. Probably a lot cheaper too!

Just keep in mind that if California is going to have a rainy year, it’ll be mostly concentrated to the winter months (it’s rare in the summer). Camping in a tent could be less than ideal, but again, you’re likely to have much more solitude on an otherwise megapopular route.